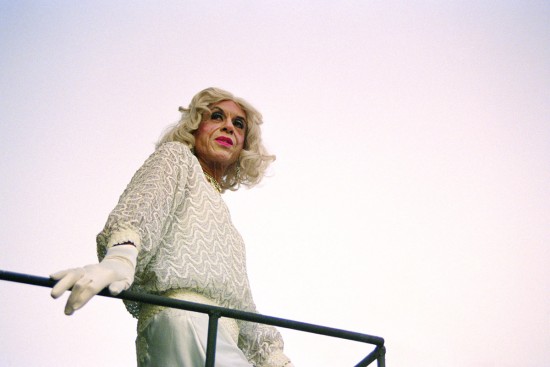 In honor of Montez’s significant cinematic legacy and importance to the New York art, film and queer scenes, Ventur curated a series of three film screenings in place of Mario Montez Returns, highlighting Montez’s appearance in the films of the 1960s. The third and final screening will take place this Sunday at 7pm at Participant Inc., featuring Andy Warhol’s voyeuristic Hedy, Takahiko Iimura’s Face and Ventur’s own Atlantis.

I spoke with Ventur in preparation for the last Tribute to Mario Montez film series about his choice of films, his collaborations with Montez and his views on Montez’s legacy.

All three screenings present an essential line-up of Montez’s films, mixing the widely known appearances such as Warhol’s Mario Banana with barely seen short films from seminal directors such as Jack Smith’s psychedelic Jungle Island. Explaining his choice of films, Ventur describes, “This screening program highlights many of the filmmakers that Mario collaborated with in the 60s. They are among Mario’s favorites, and I kept that in mind when choosing which ones to show. Films by Jose Rodriquez-Soltero, Ron Rice, Avery Willard and Takahiko Iimura are part of the program, as well as shorts and features by Jack Smith and Andy Warhol. It’s important to demonstrate that Mario worked with many different filmmakers and playwrights, not just Warhol who tends to get the headlines.”

Admiring Montez’s cinematic presence as he worked on a series of restagings of Warhol’s screentests with living members of the Factory, Ventur met Montez at a panel at Columbia University, which provided him “the opportunity to meet this very special legend.” After initially clicking “right away” with Montez and delving into his films at the Whitney Museum with Callie Angel, Ventur restaged Mario Banana and Montez’s Warhol screentest in their first session together in Florida. 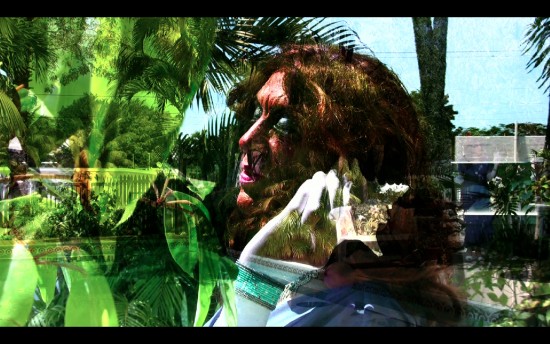 Continuing to collaborate with Montez on several vibrant, trippy and gorgeous short films and a photographic series, Ventur reveals that their work together had a deep impact on him creatively. “It was through my collaboration with Mario that I began to think more about people themselves and my encounters with them, rather than the media they were recorded,” says Ventur. “Prior to this collaboration, I was mainly appropriating moving image off YouTube and re-situating those in installation formats. Now I’m more interested in the energies that people share between one another. Mario and his partner encouraged me in this new direction.”

Combined with his fascination with 1960s underground film and theater, Ventur’s new Montez-influenced direction was going to culminate in Mario Montez Returns and yet, despite Montez’s physical absence in these posthumous screenings, his vivacious presence is undoubtedly palpable these Sundays at Participant Inc. Attending the first screening, the gallery was filled with young artists, underground film buffs, Montez’s friends and former collaborators and even, Montez’s partner Dave Skype-ed in from his home in Florida. While no longer a live performance connecting viewers, the screening attendees all experience a collective viewing and appreciation of Montez’s incredible films.

Asked how he would like to inspire the audiences of the screenings, Ventur replies, “Mario shimmered magically in everything he did, from the stages he performed on to the films he acted in. I had no specific goal other than to present this screening program and hope it stimulated new ideas for those who attended. Mario’s absence is material in this space now–as he was supposed to be here performing in it. But it’s like he IS here during the screenings even though he physically is not. I hope people feel that.”

Taking the three Tribute to Mario Montez screenings as a whole, Montez’s impressive body of work unquestionably proves the unwavering strength of his artistic and cinematic legacy, as a self-made icon of the New York underground. Speaking on Montez’s legacy, Ventur quotes artist and teacher Thomas Lanigan-Schmidt, observing “Mario Montez is a Life/Art lesson for us all…. The word “Genius” is often thrown around in meaningless ways. Mario Montez exemplifies what GENIUS actually is & can Be, as a richly nuanced meaningful magical presence… and in a world of so much hype…. real Genius gives us Hope….”

The final Tribute to Mario Montez screening is tonight at Participant Inc. at 7pm.