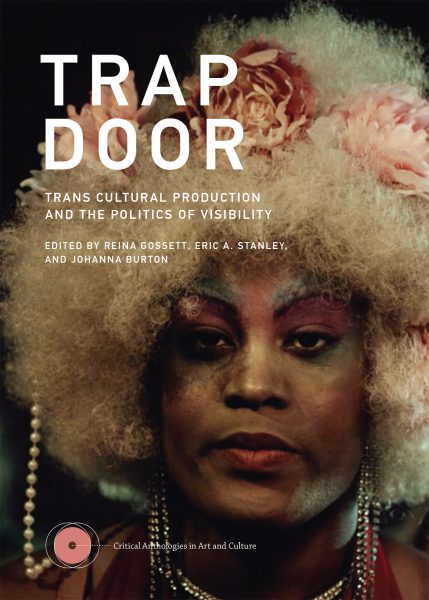 In August, The Outline published an investigative piece on Mic.com, detailing how the co-founders Chris Altchek, a conservative-leaning Goldman Sachs banker, and Jake Horowitz, who worked as a foreign policy columnist at Change.org, transformed the news site into social justice central, exploiting identity politics to enact some elaborate and lucrative performance of allyship. In “Mic’s Drop,” writer Adrianne Jeffries cites painful examples of the founders’ fascinated interest in selling intersectionality for clicks. For instance, Horowitz once interrupted a reporter pitching a story to frantically inquire about the subject, “But, is she black? Is she black?” Similarly, Jeffries notes, “When the site was pushing into original comedy, Altchek told multiple staffers he wanted to make ‘the next Chappelle Show, except it’s hosted by a trans woman of color.’” Their desperation would be hilarious if it weren’t so cringe-worthy.

As one former staffer observed, “Mic realized earlier than most places that they could commodify people’s feelings about race and gender.” While they may have been the first, they were certainly not the last. A new and seemingly endless wave of publications is now covering identity issues, often without an enduring commitment to supporting the rights of marginalized people. Even Condé Nast has joined in on the game with its queer site Them., Funded by Google, Burberry, GLAAD and Lyft (of note: Trumper Peter Thiel is a Lyft investor), the site features next level headlines like “On Sexual Consent, From A Woman Who Used To Be A Man,”and “Thanksgiving Whitewashes Not Only Genocide, But Gender Erasure.”

But, what is the lasting effect of this surge in visibility of and discourse about marginalized people? Does representation change daily lives? If not, what is its use?

These questions have played out perhaps most vividly in the representation of trans and gender non-conforming people in the past several years, which has seen a dual rise in visibility and violence. “We are living in a time of trans visibility. Yet we are also living in a time of anti-trans violence,” begins the recently published collection Trap Door: Trans Cultural Production and the Politics of Visibility. Edited by Reina Gossett, Eric A. Stanley and Johanna Burton, and co-published by the New Museum and MIT Press, Trap Door brings together critical theorists, art historians, artists and activists to address the many fraught implications of visibility for trans and gender non-conforming people.

All the contributions to the volume in some way work to debunk the “transgender tipping point” narrative, introduced by TIME Magazine. In the included essay “The Labor of Werqing It: The Performance And Protest Strategies Of Sir Lady Java,” Treva Ellison defines the transgender tipping point as “a historically significant time of representational saturation of transgender people, identity and struggles in popular culture, media and public discourse and debate” (1). And in many ways, the past couple years have looked like a tipping point. The faces of trans cultural figures like Janet Mock and Laverne Cox stare out from book and magazine covers. Trans-centric narratives are broadcast on television shows like Orange Is The New Black and Transparent. Even the art world, in all its conservatism, is not exempt from this increased interest in trans and gender non-conforming lives. However, as Juliana Huxtable pinpoints in her published conversation with Che Gossett in Trap Door, “…at this point, I think the art market is seeking out the consumption of marginality” (45).

On the other hand, trans and gender non-conforming people, especially trans women of color, are perhaps more at risk than ever before. In 2017, for example, 28 trans people were reported murdered–the highest number on record.  While Trap Door was conceived of in 2015 and in production in 2016, the Trump administration ushered in a new era of anti-trans policies, including the ban of the word “transgender” in the CDC’s annual report. Even the production of these lauded groundbreaking cultural moments have put trans people at risk, as evidenced by the accusations of sexual harassment against Transparent’s star Jeffrey Tambor by several of his trans co-workers.

Representation is apparently not the answer. As artist, activist and Trap Door co-editor Reina Gossett told Broadly, “The visibility of trans and gender non-conforming people in the mainstream is higher than it’s ever been before, but that’s not necessarily affecting our ability to access healthcare, our ability to access welfare or housing or freedom from police violence or violence on the street.” In fact, visibility may be part of the problem. In a conversation published in Trap Door, activist Miss Major Griffin-Gracy, speaking with Cece McDonald, sees a direct correlation between visibility and violence. She reveals, “So somebody can really dislike the fact that trans is gaining acceptance and think, ‘Oh, there’s a trans girl on the cover of Time; oh, there’s one of those trans bitches there,’ and go and kill her. Another trans woman pays the price for what the media is applauding and the world is getting all happy over. There are two sides to every fucking coin; nothing is as simple as it appears to be. Now, how to negotiate that, or mediate it carefully, is hard to do” (26).

Part of the Critical Anthologies In Art And Culture Series, Trap Door’s strength is in its polyvocality. It’s not just the same queer theorists batting issues back and forth. Sure, there are more traditional critical texts from academics like Mel Y. Chen, Heather Love, Sarah Ahmed and Che Gossett, but there are also visual essays rife with archival documents from S.T.A.R. and other trans activist organizations, roundtable discussions, essays on singular artists like Mark Aguhar, and more experimental texts by artists like Park McArthur and Constantina Zavitsanos‘s “The Guild Of The Brave Poor Things.” The topics discussed are also incredibly wide-ranging, from micha cárdenas’s examination of our “necropolitical moment,” defined as “one in which horrific stories of the murders of people in our communities and families come to us daily through networked media” to Sarah Ahmed’s skewering of transphobic feminists complaining about no platform-ing (“Whenever people keep being given a platform to say they have no platform, or whenever people speak endlessly about being silenced, you not only have a performative contradiction, you are witnessing a mechanism of power”).

Some of the most dynamic inclusions are the dialogues between artists, activists, performers and academics. Rather than being talked at by an singular “expert,” these conversations feel like fluid and generative exchanges on the range of trans and gender non-conforming lived experience. They also highlight the necessity of kinship–even if momentary and between relative strangers–in the queer community. In her essay “Contemporary Art and Critical Transgender Infrastructures,” Jeannine Tang writes, “chosen family is sutured, seam by seam, into a discourse of impossible love that is lived every day, up close and at a distance” (383). While she is specifically referencing the representation of friendship between Sylvia Rivera and Marsha P. Johnson in Reina Gossett and Sasha Wortzel’s Happy Birthday Marsha!, it also perfectly describes the suturing of thought, creativity and theorizing in the volume’s conversations.

Of course, within this vast field of study, certain themes emerge. In particular, seeking (and finding) overlooked histories of trans and gender non-conforming people becomes a means to dismantle the notion of the “transgender tipping point.” For example, Treva Ellison introduces readers to Sir Lady Java, a Black femme performer who, like Jackie Shane, lit up the stages of 1960s Los Angeles far before the oversimplified Stonewall liberation narrative. Not only does Sir Lady Java trouble the transgender tipping point, her history also shows that the jarring juxtaposition between visibility and violence is nothing new. Java was frequently harassed by police that would search to confirm her “real” gender and file injunctions against the (unsurprisingly Black-owned) bar in which she performed.

Overall, the tome’s theme is summed up nicely in the collection’s introduction “Known Unknowns” through the metaphors of traps, doors and trap doors. As the editors explain, “In today’s complex cultural landscape, trans people are offered many ‘doors’–entrances to visibility, to resources, to recognition, and to understanding. Yet, as so many of the essays collected here attest, these doors are almost always also ‘traps’–accommodating trans bodies, histories, and culture only insofar as they can be forced to hew to hegemonic modalities. This isn’t a new story; various kinds of ‘outsider art’ have historically been called upon by an art market or academic cadre that utilize them to advance dominant narratives before pushing them back out. Yet, in addition, to doors that are always already traps, there are trapdoors, those clever contraptions that are not entrances or exits but secret passageways that take you to someplace else, often someplace as yet unknown” (xxiii).

Equating visibility, resources and recognition to possible traps is an bold statement, given that the New Museum, with their recent Trigger: Gender As A Tool And A Weapon, is a co-publisher of the collection. Thankfully, none of the contributors spare the art world and its institutions from well-earned and much-deserved critique. Detailing her own challenges with existing in the art world as a Black trans woman, from collectors’ need for seductiveness in her work to a horribly titled panel “Transgender In The Mainstream” at 2015’s Art Basel Miami Beach, Juliana Huxtable says to Che Gossett, “what’s interesting is the way visibility is being used to sabotage actual engagement with real questions of structural negligence and discrimination and violence. It’s promoting problematic hegemonic ideas about what bodies are or are not legitimate” (44). Similarly, Lexi Adsit, in the roundtable “Representation And Its Limits,” mentions how “art institutions will at times protect artists in our community who replicate transmisogyny, racism, ableism or other oppressions under the guise of art. Art, to me, doesn’t mean you can just throw anything on a stage. We as Trans people and producers have a responsibility to our audiences, artists, and communities to not make the gallery or theater a less safe space” (197).

Ultimately, the question for institutions and those in the arts is one posed by Stamatina Gregory and Jeanne Vaccaro in their essay “Canonical Undoings”: “How can we begin to write a transgender art history, one that asks foundational questions about the categories of transgender art and aesthetics, unless we both recognize and confront the vulnerability of trans life?” Obviously, given the essays in Trap Door, the answer is we can’t–a real engagement with vulnerability has to come first.

Which is why Trap Door could be so useful moving forward. Ideally, the collection can exist as a critical resource, an impetus for those who see visibility as the be-all-end-all to question its limits, and an encouragement to continue to find ways to reach those trapdoors. Above all, the book doesn’t provide a prescriptive blueprint for how to navigate visibility or even an answer whether visibility is, as the introduction queries, “a goal to be worked toward or an outcome to be avoided at all costs” (xx). This question, according to the editors, is “unresolved and unresolvable” (xx). Instead, the question of visibility must be navigated, like many, on a daily basis. No matter what, though, as artist Chris E Vargas writes in “Introducing the Museum of Transgender Hirstory and Art,” “Transgender people are a creative and hardy folk–we’ve endured invisibility and hypervisibility; we’ve been demonized and pathologized, ridiculed and melodramatized. We have been the subjects of metaphor, suspicion, academic theorizing, medical and anthropological research and in the worst cases, violence and murder. But we’ve survived in creative and ingenious ways” (122).