In the essay collection After Sex?: On Writing Since Queer Theory, the numerous contributors grapple with queer theory leaving identity and sexuality in the dust. Heather Love’s essay “Queers _____ This” begins with her admitting her own hesitation to giving up her connection with her lesbian identity. Discussing the universalizing impulse in queer theory, Love provides an alphabetized list of topics that queer theory now explores–an exhaustive if hilariously excessive tactic that I inadvertently also did on a grant application for Filthy Dreams. After this mind-boggling, jaw-dropping list, Love writes, “The semantic flexibility of queer–its weird ability to touch almost everything –is one of the most exciting things about it. Despite its uptake into any number of banal and commoditized contexts, the word still maintains its ability to move, to stay outside, and to object to the world as it is given” (182).

This sometimes overlooked semantic fluidity of queer and its ability to escape strict definitions is on view in newflesh: representing queerness beyond the body at the Rubber Factory. Curated by Efrem Zelony-Mindell, newflesh gathers together an eclectic group of artists who primarily employ photography (and some video) to represent queerness beyond the simplistic, identity-based and heavily sexualized imagery that has commonly been associated with so-called “queer art.” 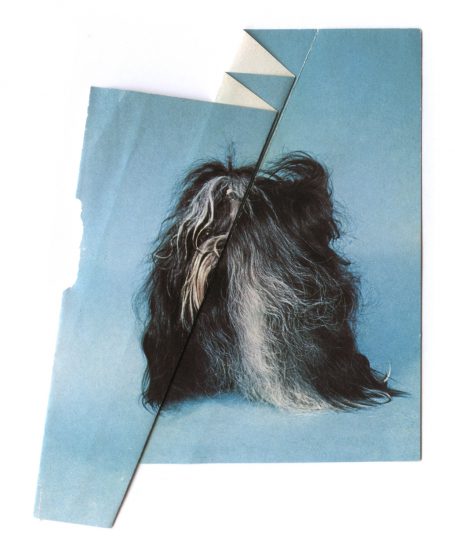 And if you think I’m just rambling generally about this view of queer art as solely sexual, nope, I’ve experienced it myself. Once upon a time, a queer institution told me that their audiences typically complain that there isn’t enough “sex” and any exhibition there should have some sort of “sex.” I get Times Square has dried up, but isn’t there somewhere else to go other than an art exhibit to get your rocks off?

It just seems, as Zelony-Mindell has also pointed out, this unwavering focus on identity and sexuality actually restricts forms of creativity whereas queerness is supposed to be more inclusive than those boring heteronormative aesthetics. How ironic! 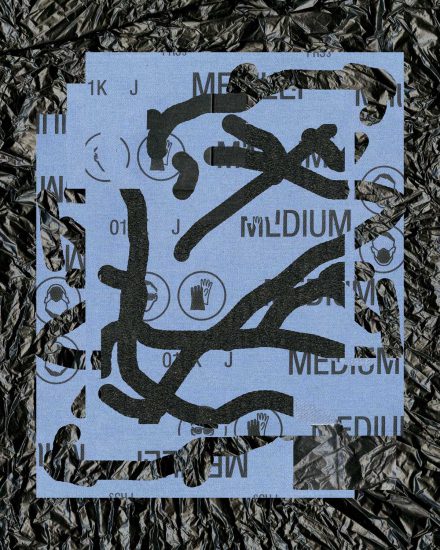 Organized in conjunction with his contribution to the latest issue of Dear Dave Magazine, newflesh transcends these boundaries of queer as an identity based in non-normative gender or sexuality. As Heather Love articulates in “Queers ____This,” “At its most expansive, queer studies imagined a federation of the shamed, the alienated, the destitute, the illegitimate and the hated” (183). The artists in newflesh are similar to Love’s description of the expansive view of queer. Here, queer not only means LGBTQ+ but its original definition as “weird” or “strange.”

What this translates to inside the Rubber Factory is a varied exhibition with quite a number of abstracted, conceptual and formally oriented photographs of vague and indefinable objects. These show a relation to the recent interpretation of queer formalism–an anti-normative relation to formal concerns and treatment of materials. For example, Quinn Torrens’ photograph Collage with Sandpaper and Bag from his series Nostalgic Materials layers a black trash bag and blue sandpaper. The photograph contains a tactile physicality and relationship with these textured scraps of everyday materials.

This “queer formalism” can perhaps best be seen in Joy Drury Cox’s Stranger, which effaces and erases the text of The Stranger to reveal just layered titles and the periods. The piece reminds me of Jennifer Doyle and David Getsy’s discussion in Art Journal on Queer Formalisms. In their extensive conversation, the two bring up a photograph of fashion designer Halston in Andy Warhol’s home. Behind Halston, Warhol’s bookshelves contain books that are completely turned around, revealing their pages rather than the binding. With this gesture, the books are rendered as objects independent of their narratives. Both Doyle and Getsy see this as an incredibly queer gesture. So would, I imagine, Joy Drury Cox who also strips The Stranger of its conventional narrative function.

However, like Heather Love, maybe I can’t completely divorce myself from queerness and the body since the works I was drawn to the most in the show do depict the body. But they do so in an undeniably complex and abstract manner. 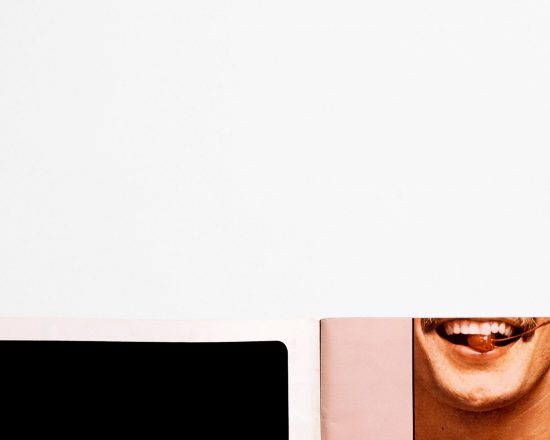 With the actual imagery taking up only the bottom section of the picture plane, Silano’s photograph leaves much to the imagination while also musing on loss and emptiness. There is a palpable sense of disappearance–a theme, which runs throughout much of Silano’s work. Can we really look at any 1970s imagery without thinking of the enormous losses endured in the queer community during the following decades? Silano’s photographs seem to say no. And it is refreshing to see these socially relevant topics discussed creatively through less obvious means than mere depictions of sex.

But if we want to talk about queer as “the shamed, the alienated, the destitute, the illegitimate and the hated,” nothing best exemplifies these definitions of queerness than Signe Pierce and Alli Coates’ video American Reflexxx. While the video went viral previously, I hadn’t seen its blatant depiction of transphobic mob mentality before. In the video, Pierce dresses as an idealized blonde, slinking her way through the trash town of Myrtle Beach. The only catch is she’s wearing a metal mask, which both hides her identity and makes her look like a cyborg.

Enter the crowds. The–I’m really sorry but–garbage people of Myrtle Beach try to figure out if she is a man/woman/trans. They toss water bottles, try to run into her and scream both epithets and come-ons. It’s terrifying but captivating like watching a trainwreck–a meth-addled trainwreck.

I have to think the absence of a gaze from Pierce had to be one of the sources of the mob’s anger. Like Narcissister, she vamps for herself, not the crowd. Her mirrored mask reflects their image back on themselves rather than allowing for their eroticized gaze–an untouchable, undefinable queer body.

Admittedly, I sometimes side-eye queer theory’s drive to generalize itself away from identity–I mean, it is annoying when literally everything can be “queered” (what does that mean anyway). However when queer art has become so much about the sexualized and idealized body, newflesh seems entirely necessary and suggests an alternate way of looking at queer art.

In her essay “On the Very Possibility of Queer Theory” in her collection Sex After Life: Essays On Extinction, Claire Colebrook discusses an aesthetics of queer theory, which seems to relate to the art shown in newflesh. As Colebrook writes, “Art would not be the representation or formation of identities but the attempt to present pure intensities in matter, allowing matter to stand alone or be liberated from its habitual and human series of recognition. The sensations presented in art are not those of the lived subject but are powers to be lived for all time, allowing us to think the power of perception beyond the selves we already are.” Like Colebrook’s statement, the art in newflesh allows for a thinking beyond the flesh and identities to a more complex and more universal power of perception.