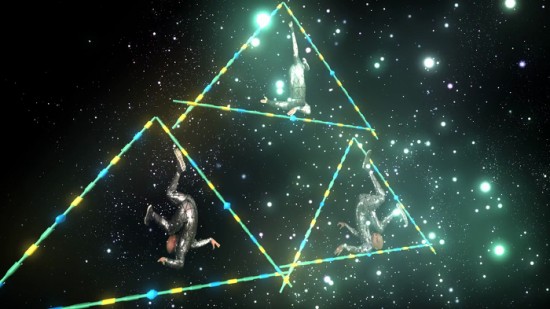 As a tired old art world queen, I usually greet the release of Whitney Biennial artist roster, or any biennial, triennial or contemporary art survey exhibition for that matter, with a world-weary sigh. Boring, just plain awful or an obvious gathering of the museum’s highest donor’s art collection, these lists can often be a downer as I begin to anticipate the slog through yet another poorly curated exhibition.

Granted, I have a good amount of sympathy for the Whitney Biennial curators.  Certainly not an easy job, every Biennial comes around with a glut of criticism or outright loathing from writers and attendees no matter how cutting-edge or crowd-pleasing and middle-of-the-road it seems to be.

Released last night, I was in for a shock reading the list of artists for the 2014 Whitney Biennial since I was actually excited by the list. You better believe, Mary, I sipped at my Bloody Mary, wiped my eyes and took another look. And I still liked it!

Curated by entirely outside curators–Stuart Comer, Anthony Elms and Michelle Grabner, the 2014 Whitney Biennial will feature some of my favorite queer artists, both up-and-comers and longtime underground fixtures. Considering the art world, despite its claims to be liberal and open-minded, is still fraught with conservative institutions and antiquated thinking, I was happily surprised at the inclusion of these queer artists in the Biennial.

Unfortunately, the number of queer artists does not even begin to balance out some of the other problems with the list, specifically the minuscule amount of black artists in the exhibition. Pointed out by Kim Drew via Twitter, the Biennial only features 9 black artists (one that is fictional) out of 103 artists. Not good, Whitney, not so good, particularly in combination with the lack of any people of color in their Rituals of Rented Island exhibition.

However, despite this criticism, which I hope goes addressed by more people, I am still looking forward to seeing some of the queer artists included in the 2014 Whitney Biennial. To preempt all the multitudes of lists that will probably emerge about the Biennial, I thought I’d toss my confetti-covered Tom Waits hat in the ring with the five queer artists to look for in the 2014 Whitney Biennial.

One of my favorite emerging young artists, South Carolina-born and Brooklyn-based artist Jacolby Satterwhite merges performance, 3-D animation, drag balls and his own personal history as a queer person of color and the child of a parent with mental illness. In his exhibition The Matriarch’s Rhapsody earlier this year at the Monya Rowe Gallery, Satterwhite re-animated his mother’s own artwork and songs, which are often surreal depictions of everyday objects she plans to sell on home shopping networks, in his videos, alongside her actual drawings and family photographs. Blurring the lines between outsider art and “insider” art, as well as the divisions between the past, present and future, Satterwhite’s colorful and complex works feature layers of both personal and political meanings. Since his exhibition at Monya Rowe Gallery, Satterwhite’s work continues to garner more attention, appearing in the Studio Museum in Harlem and the Grey Art Gallery’s exhibition Radical Presence: Black Performance in Contemporary Art. In addition to the Biennial, Satterwhite will have another solo exhibition of new  work at Monya Rowe early next year.

While looking up images of Paul P.’s beautiful and alluring works on Google image search, I immediately came across an image of Paul P. with my favorite wonderfully disturbing novelist Dennis Cooper and artist and director Scott Treleaven. That’s really all I need to see in order to know that I love Paul P.’s artwork. However, you, dear reader, may need more than just that.

From Toronto but based in New York and Paris, Paul P. creates sublime portraits of young boys who appear if straight out of a Dennis Cooper novel or one of his monthly international male slaves or international male escort blog posts. Sourced from gay porno mags from the 1970s and early 1980s, before the onslaught of HIV/AIDS, Paul P.’s gorgeous portraits appear as if he is the Wilde-esque Basil Hallward to these boys’ Dorian Gray. More recently, Paul P. has begun to create landscapes as well as portraits, depicting lush settings that still maintain their eroticism despite the absence of figures. 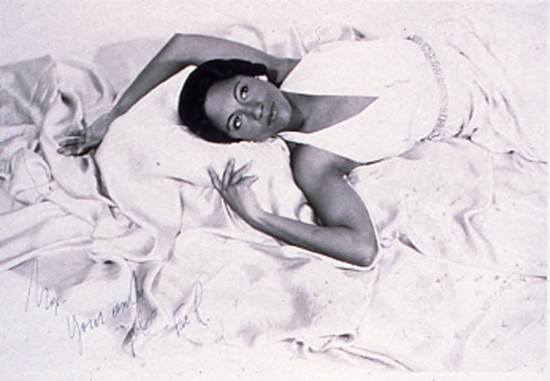 While certainly no stranger to the Whitney Museum, which exhibited her “Strange Fruit” in their Blues for Smoke show early this year, Zoe Leonard is an important artist and activist. Participating in ACT-UP, Leonard was one of the founding members of one of my favorite AIDS activist and feminist collectives, fierce pussy. A close friend of David Wojnarowicz, as well as an active participant in AIDS activism and queer politics, one of Leonard’s most well-knwon works is undoubtedly “Strange Fruit,” an installation featuring rotted and withering fruit skins sewn together with wire and thread, recalling the physical deterioration of people who passed away from complication with AIDS, the enormous losses of the AIDS crisis and the enforced silence surrounding HIV/AIDS.

In addition to “Strange Fruit,” Leonard’s photographic piece “The Fae Richards Photo Archive, 1993–96” may be her most ambitious and awe-inspiring in which she created documentation of a fictional black lesbian actress’s life from her childhood to old age in the early to mid-20th Century. Even though Fae Richards never actually existed, Leonard, in collaboration with filmmaker Cheryl Dunye for her film The Watermelon Woman, depicts the very real racism Richards had to endure as well as her probable love affairs.

Known for her photography as well as her sculpture, Leonard’s work continues to be politically insightful, particularly her more recent work on gentrification. 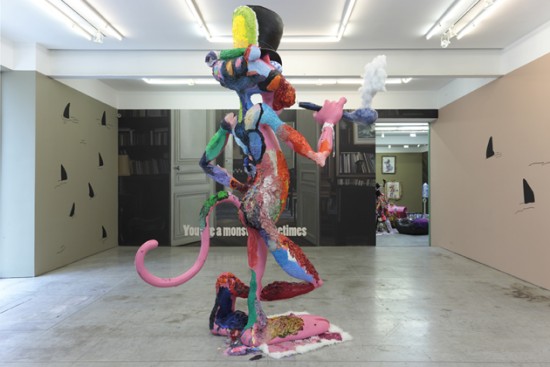 I recently visited Norwegian artist Bjarne Melgaard’s exhibition Ignorant Transparencies at Gavin Brown’s Enterprise with the intention of writing it up for this blog. However, I left so stunned by my trip into a hoarder’s k-hole of an exhibition that I didn’t think words could fully capture the experience. With a giant Pink Panther smoking a pipe covered in abject paint and bandages greeting me as I walked through the door, the exhibition space was filled with trashy detritus, sleazy animations and enormous canvases referencing BDSM subcultures, heavy metal and fashion victims, as well as a healthy disdain for his audience. An undoubtedly controversial artist, Melgaard definitely alienates a great deal of viewers with his difficult, confounding art and yet, I love his bonkers aesthetic. I’m salivating just thinking of what subversive wrath he is going to force on the Whitney.

What can one even say about Gary Indiana? This Downtown queer underground icon is one of my favorite writers, as well as a fantastic artist. His exhibition Gristle Springs earlier this year at Participant Inc. immediately confronted viewers with a giant organza silk with a photograph of a very well-endowed man suds-ing it up in the shower.  What a better way to suck in your audience and exclaim, “Welcome to Gary Indiana’s world.”

Known for his novels such as Horse Crazy and Rent Boy, his non-fictional journalism and art criticism, his poetry and plays, Indiana’s subversive genius excels through many mediums. Perhaps my favorite aspect of Indiana’s enormous body of work are his off-the-wall plays such as “Alligator Girls Go To College” and “A Coupla White Faggots Sitting Around Talking,” which featured performers such as Bill Rice, John Waters muse Cookie Mueller and Taylor Mead.

One thought on “Bonjour, Mary: 5 Queer Artists We Can’t Wait To See At The 2014 Whitney Biennial”